How to Change an Irrevocable Trust 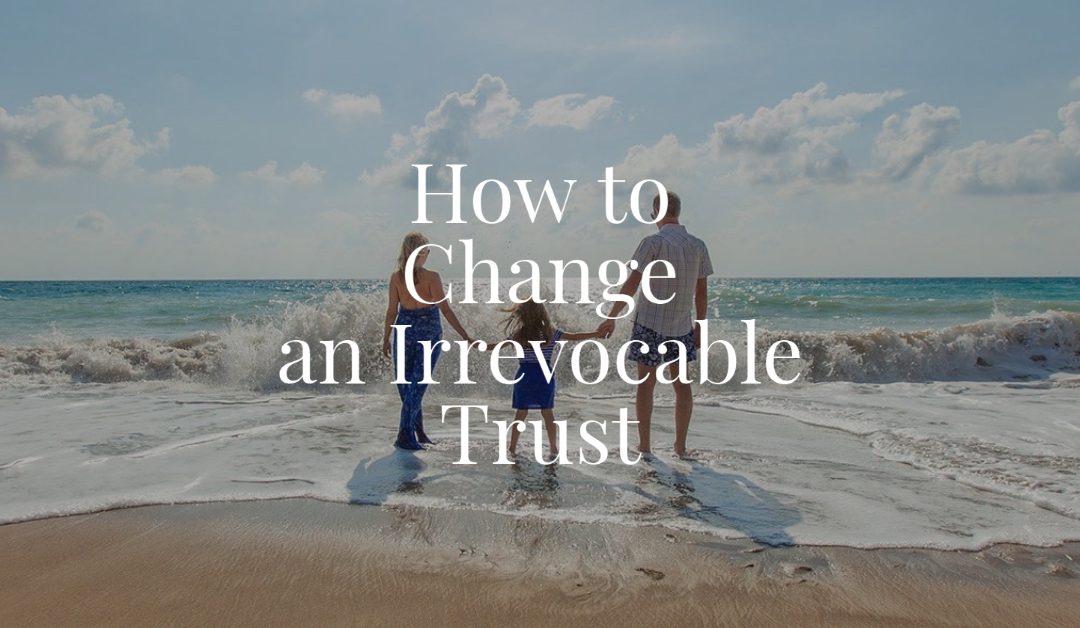 Life changes, and the law changes with it. Although irrevocable trusts are commonly thought of as documents that cannot be revoked or changed, that isn’t quite true. There are ways you can change an irrevocable trust despite its unfortunate name.

Give Your Trust a “Do-Over”

One way to change an irrevocable trust is to decant the original trust. Decanting is a “do-over.” Funds from an existing trust with less favorable terms are distributed into a new trust with more favorable terms.

Twenty-nine states currently have decanting laws, including our own North Carolina statutes. If you are in a state that is not favorable to decanting a Trust or if your state doesn’t allow the desired modifications, consider whether you can move the trust to another jurisdiction.

Often, trust decanting does not require a judicial hearing or court approval. Decanting a trust can change how the funds are distributed. There are many reasons why this could be important for the life of the trust and its purposes.

Decanting a trust can freshen up its purposes for a new generation. Often times, with cultural, legal, and familial change, a trust decanting can prove valuable for these reasons:

Decanting a trust is no small legal matter. Modifying an irrevocable trust by decanting is not quick or easy. There are laws to consider when working with an irrevocable trust. An experienced and knowledgeable attorney can prepare whatever documents are necessary to decant the trust by “pouring” the assets into a trust with more favorable terms. An attorney can draw up the new trust taking into consideration all legal requirements and state decanting statutes.

Get the Most from Your Trust

If you feel stuck with a less than optimal trust, we’d love to review the trust and your goals to determine whether decanting or other trust modification would help. Contact our experienced Estate Planning attorneys and get started with your plans today.