Guardianship for the Support and Protection of Someone in North Carolina 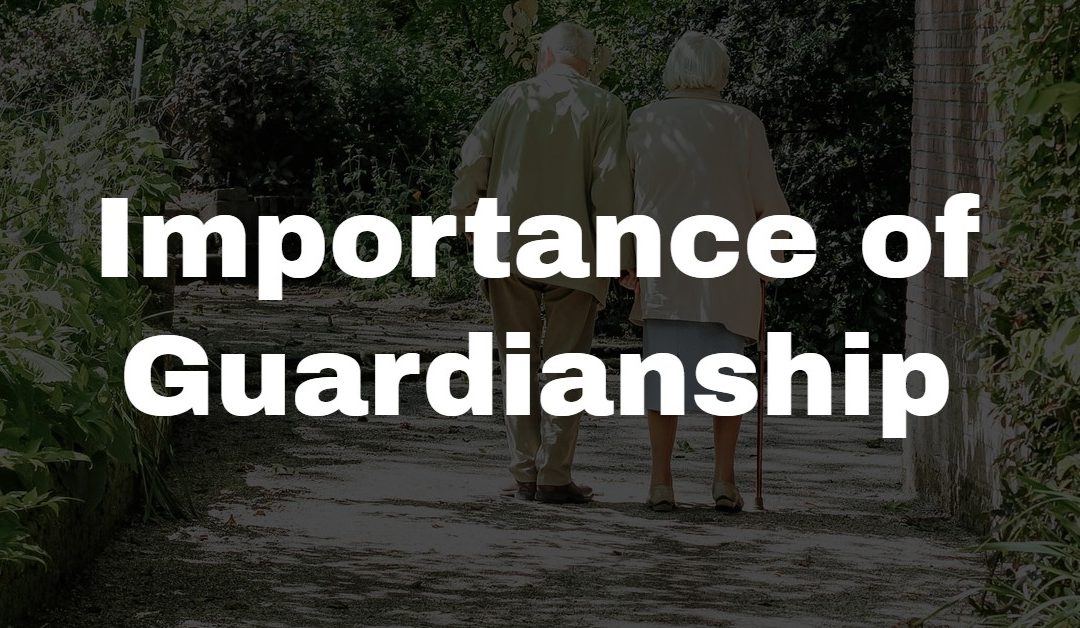 As the Baby Boomer generation continues to age, Adult Guardianship increasingly influences the lives of individuals and their families. It’s been stated that there are approximately 1.3 million adult guardianship cases in the United States and 50 billion dollars of assets under guardianship. However, a great many people are unaware of the important piece of the puzzle that guardianship has in the lives of adults.

Guardianship, while sometimes avoidable with proper planning, is often a useful instrument to help a person unable to manage their own affairs. Guardianship is essentially a court-directed relationship between a person that is unable to handle their affairs and the person or agency directed to handle it for them. Some of the most common reasons for appointing a guardian are the onset of dementia, injury, disability, or illness. 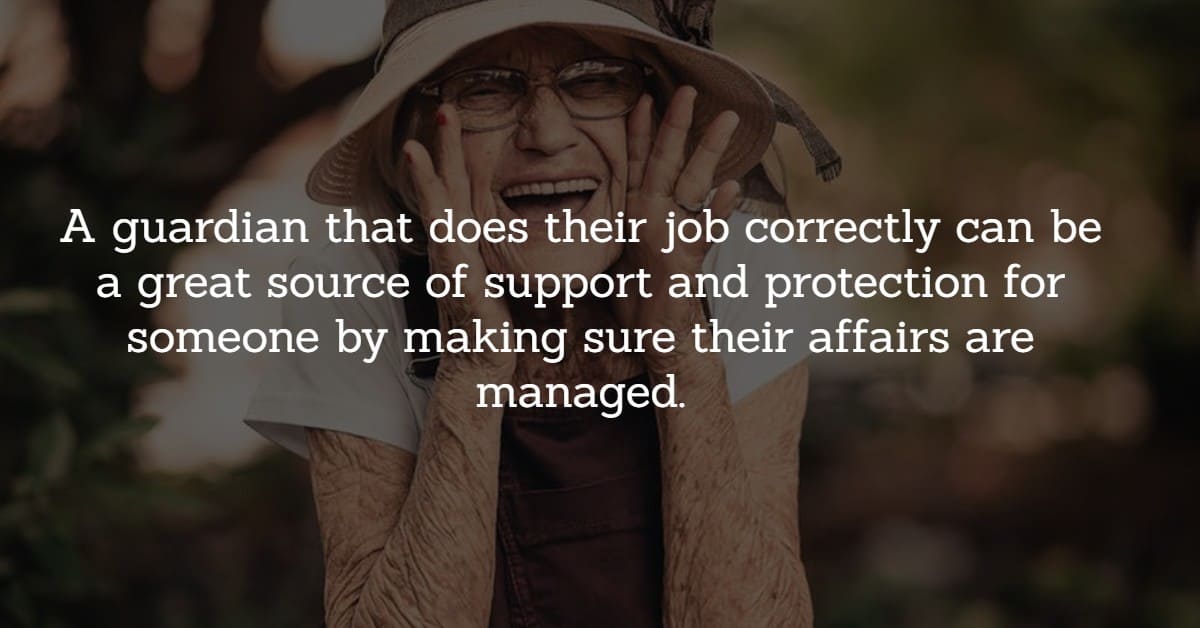 Things like managing finances, making medical decisions, and coordinating support services now become possible, along with protection from exploitation from those that would see harm come to a person for their own selfish gain.

One of the down sides to a guardianship is that it results in the partial or near-total loss of rights by a person, so when a guardian goes rogue, it becomes that much more challenging to remedy the harm by the person in need of a guardian. Guardianship had some bad press in the 1980’s when it became a concern that the government could strip a person of their rights with “a stroke of a judge’s pen.”

There are also questions about the systemic problems with guardianship. For example, a professional guardian in Nevada was indicated on more than 200 felony charges, including theft, exploitation, perjury, and racketeering. The professional guardian targeted an older couple, became their guardian, moved them to a nursing home, and sold their property.

Another incident of exploitation was publicized in NC, where multiple professionals are alleged to have taken advantage of and squandered hundreds of thousands of dollars from two brothers with intellectual disabilities whom received money after being in prison for decades and had been wrongfully convicted.

Guardianship is within the power of State Government under the doctrine of parens patriae, which is a legal doctrine that makes the government responsible for the citizens that cannot fend for themselves. Each state has its own laws which direct how that process works, and the experience varies wildly among different jurisdictions.

It was not until the 1960’s that it became a matter of national concern that guardianships were happening without affording due process protections and without much evidence, and it was not until the late 1980’s when substantial progress was made nationally in trying to provide protections for people accused of needing a guardian.

Guardianships are typically broken down into two categories:

1. Decisions over money and property

The person that makes decisions over money might be called a “conservator” or “guardian of the estate”. We choose the latter in NC, but I often will use the term conservator to explain this concept to people because the phrase “guardian” is used in so many contexts in the law that it can be confusing. While generally you can have one person serving as guardian in both categories, it is not unusual, and on many occasions it is appropriate, to have separate guardians managing each function of a person’s affairs.

Typically, the process of obtaining guardianship over a person involves the filing of a petition alleging critical facts needed to show that the person needs a guardian. The person accused of being incompetent will be given some sort of advocate. In NC, a lawyer will be appointed to serve as a Guardian ad Litem for the person, but the person will have the ability to obtain independent counsel if they wish.

Sometime thereafter, the Court will hold a hearing and determine whether a guardianship is needed. If so, the Court will decide the scope of the guardianship and what person or entity should serve as guardian. There may be additional ongoing requirements, such as annual or biannual accounts, a bond with corporate surety (requiring ongoing insurance premium payments), and status reports.

When situations change, such as guardians wish to resign or do something wrong, or the financial situation of the person changes, or other good cause exists, the matter can be brought back to Court to make changes to the guardianship.

Often, family will serve as guardian, but there are agencies, such as the Department of Social Services, non-profit organizations, for-profit guardianship organizations, and law firms which may serve as guardian as well. In NC, there are public guardians that are appointed by the Court to serve – these are local attorneys – that manage assets for adults in need of a guardian. DSS or their designees (contractors) will often be in charge of personal care decisions and health decisions.

Sometimes the hearings take only a few minutes, and some may stretch out for a week or longer. In NC specifically, you can request a jury trial. While that is a right, the vast majority are resolved with a bench trial (the Judge decides).

A guardian that does not perform their duties appropriately can be removed involuntarily.

This can occur for a number of reasons, such as using fraud to obtain guardianship, not complying with court orders, failing to adhere to the fiduciary duties imperative to a guardian, and misusing the person’s money. 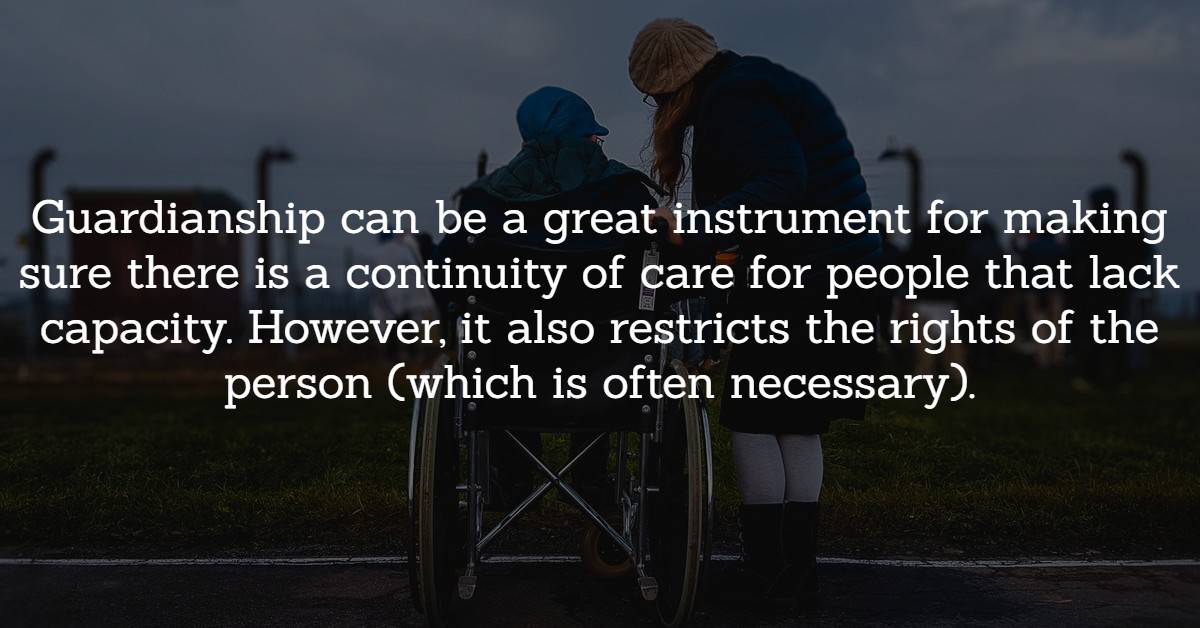 The individual will lose basic rights, such as the ability to make medical decisions, buy or sell property, manage their own money, marry, decide where to live, or even decide what church to attend. Guardianship, incarceration, and civil commitment are really the three ways the government takes away the freedom of a person involuntarily.

After a person is declared incompetent and a guardian is appointed, it is possible to restore their competency. While that is a great option, it should really the goal should be to never have to declare a person incompetent except when absolutely necessary. Preplanning can help with that, such as the use of a Power of Attorney and Health Care Directive before the cognitive decline, and even use of a Social Security Representative Payee to avoid the need for management of finances under the state guardianship.

Additionally, exploring whether a limited guardianship is needed instead of a complete stripping of a person’s rights should be explored. There is also a movement towards Supported Decision Making, which is a process in which an individual under care is given support and information needed to make an informed decision on their own. While there is a growing movement towards adding some organized ways of using less restrictive alternatives before proceeding to full guardianship, it is not yet being uniformly applied.

Guardianship is a critically important tool to provide support for the vulnerable population.

We want to make sure people that cannot manage their own affairs have important decisions about finances and well-being done by someone who can. It does create an opening for abuse, exploitation, and negligence, so careful oversight of a loved one with a guardian is needed. As the population ages, guardianship is going to increase as a critical piece of protection that our government provides to its citizens.