Something as simple as calling a utility company

What Happens When a Person Goes Missing in North Carolina?

If a person has an interest in a property in NC, disappears, and his whereabouts are unknown for 30 days or more, a lawsuit can be filed.

The process of handling the affairs of a missing person is actually quite cumbersome.

With a missing person, however, it is not as commonplace to have a missing person with affairs in need of managing. Consequently, the process of handling the affairs of a missing person is not improved over time to be efficient and there are not so many resources devoted to guiding you through the management. There are rarely changes to the statute and there is not an infrastructure developed specifically to deal with missing persons as there are with estates.

We Are Here to Help

There is a commonly held belief that being absent for seven years creates a presumption of death.

This used to be the law. This was overwritten by our legislature in the 1960s specifically to say that any period of absence does not create a presumption of death.  The legislature directs the judge to decide each case upon the individual facts.

This means you should take action as soon as possible.

Use the form to get more information about your situation so you can get help with making critical decisions.

Don’t take this on alone.

Get Your Questions Answered

What does the search for the absentee entail?

By the time you have a permanent receiver appointed, it is very likely that an exhaustive search has already been conducted.

It is very important to gather as much detail about what has already been done as possible. The judge can customize the search efforts you need to conduct to the specifics of the case, but at a minimum, the search efforts must include the following:

(1) Inquiry of persons at the missing person’s home, his last known residence, the place where he was last known to have been, and other places where information would likely be obtained or where the absentee would likely have gone;

(2) Inquiry of relatives, friends and associates of the absentee, or other persons who should be most likely to hear from or of him;

(3) Insertion of a notice in one or more appropriate papers, periodicals or other news media, requesting information from any person having knowledge of the missing person’s whereabouts; and

(4) Notification of local, state and national offices which should be most likely to know or learn of the missing person’s whereabouts. 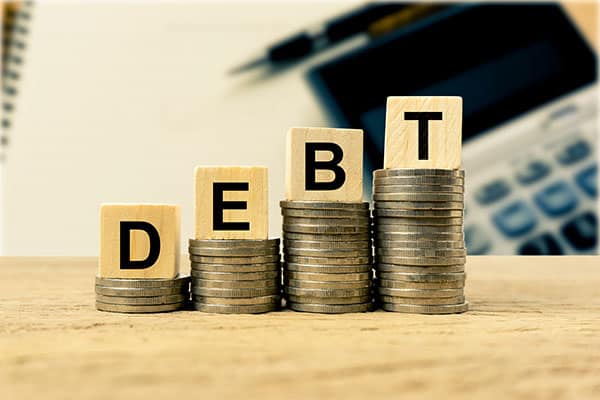 How do I handle the debts of the missing person?

Immediately after being appointed, the permanent receiver publishes a notice addressed to all persons with claims against the absentee telling them about the action and requiring them to file their claims under oath, and if any claimant fails to file the sworn claim within six months from first publication, the receiver can deny the claim.

The publication requirements are the same as if you were publishing a notice to creditors for a deceased person. Any party in interest can contest the validity of a claim before the judge.

How does this receivership over the missing person’s property come to an end?

The receivership comes to an end one of three ways:

There are some exceptions, such as if the length of time between the date of disappearance and hearing on the need for a permanent receiver is more than 4 years, then at least 2 years need to go by before we can distribute assets. In the absence of an exception, the following applies:

The missing person is determined to be dead:

Any interested party can apply for a decree of death and if they provide satisfactory evidence, the judge can enter such a decree of death. If the missing person is determined to be dead, then the expenses and costs of the receivership are paid, the receiver is ordered to administer the estate as you would for a deceased person before the Clerk of Superior Court, and then the Court will approve the final account and discharge the receiver.

From the pot of property left to distribute to the heirs/beneficiaries of the estate after settlement, the court will order 5% to be paid over to a special fund for missing persons. The order decreeing death will essentially take the place of the death certificate in handling the affairs of the missing person.

This could potentially be contested, particularly if there is life insurance involved, as such companies would have an interest in avoiding a decree of death.

The missing person is alive:

The judge will revoke the finding that they are a missing person, order the costs and expenses of the receivership to be paid, and then return whatever property is left to the person and provide an accounting to the person.

The missing person is neither determined to be alive nor dead, and five years passes:

The judge will essentially treat the person as having died five years after the date of having gone missing and will order the transfer of property as if that were the case.

Top 10 Ways of Funding a Trust

If you’ve drawn up a trust agreement with your attorney, you have plans in place for your long-term goals. Still, many individuals make a mistake that sends their assets and loved ones right into the court system. They fail to fund their trust. Let’s look at the top 10 ways to begin funding your trust and achieve your goals.

Our experience with Hopler, Wilms & Hanna was wonderful. We hired them to do our Estate Planning and they made the process very smooth for us. We worked with the Law Clerk John who prepared our paperwork and answered all of our questions in a very professional and timely manner. When we arrived at the firm to sign the documents, we received a warm, friendly welcome and were taken care of immediately. The entire staff is very pleasant and efficient. We will not hesitate to use this firm for our future needs and will definitely recommend them to family and friends. Thank you all VERY much!
Mary Santucci Poremba

Get the Help You Need with Your Missing Person Case

Hopler, Wilms, & Hanna PLLC has extensive experience in North Carolina missing person cases where we have helped families move past the legal aspects of this unfortunate circumstance. Please contact us today to get the help you need.