How Much Weed is a Felony? 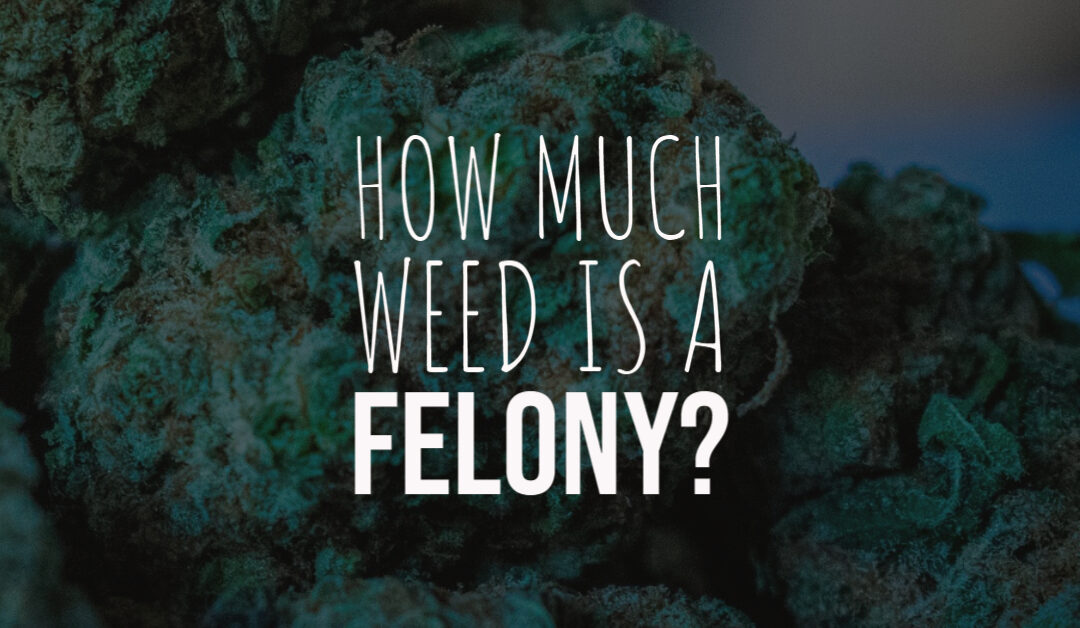 According to an Elon College study this year, 54% of North Carolinians support full legalization of marijuana. NC classifies marijuana as a Schedule 6 substance; the lowest, least addictive ranked illegal substances. However, even as a lower-level charge, you can still face arrest and criminal charges. Let’s look at marijuana possession laws in NC and how much weed is a felony.

For law enforcement officers, appearance or odor of marijuana or possessing paraphernalia is no longer:

North Carolina ranks drugs according to what they do to your body and their addiction potential. Schedule 1 drugs include heroin, ecstasy, and methamphetamine. There are severe penalties for possession of Schedule 1 drugs.

However, NC places marijuana, THC, and hashish oil on Schedule 6. The penalties for possession of weed are much less severe. The amount of marijuana you possess has everything to do with what legal consequences you may face. Consider these charges:

Watch What You Say

If you face charges for marijuana possession, be careful what you say. You can face conviction if you admit marijuana possession to an officer, on a phone call, or to another inmate. Any admission of guilt means that the prosecutor no longer has to prove that the substance is marijuana. You’ve proven it yourself by admitting guilt.

Staying quiet until your attorney arrives can help you fight criminal marijuana charges. A knowledgeable attorney considers many factors when preparing an effective defense:

The Federal government also schedules drugs, substances, or chemicals with no currently accepted medical use and a high potential for abuse.

However, the DEA lists marijuana (cannabis) as a schedule 1 drug. They include it in the schedule containing the highly addictive or dangerous drugs. Federal Schedule 1 substances include:

The Feds consider marijuana an addictive and dangerous substance. The DEA handles drug traffickers and high-level smuggling across state lines. If you possess large amounts of marijuana, you may attract their attention.

Federal trafficking penalties for first-time offenders could bring you a felony record and up to 10 years in prison and a $500,000 fine for possessing:

For a second offense, you could face as much as life in prison for:

While federal law classifies marijuana as a highly addictive and dangerous Schedule 1 substance, NC classifies it as a schedule 6 substance. There is not a governmental consensus about marijuana policy at this time.  As time goes on, we may see more studies and medical guidance about marijuana products that will influence the government to agree at the state and federal levels.

Whether you face charges at the state or federal level, our experienced attorneys at Hopler, Wilms, and Hanna fight for your rights. We understand the stress of arrest, so we keep you informed every step of the way. We have had previous successes with criminal marijuana drug charges. Deferments, inclusion in government diversion programs, and reduced or even dismissed charges are all possible with our assistance. Contact us today and find out how we can help you.