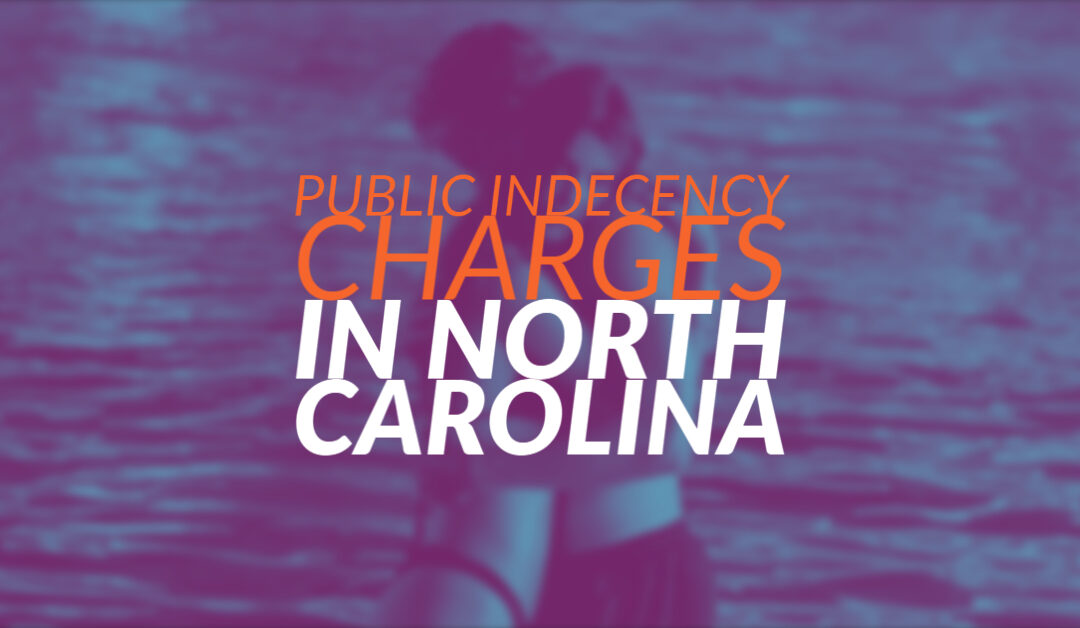 If you are over 16 years old in North Carolina, it’s possible you’ve been on a date where you ended up in the backseat of a car, even if it was only to “neck.” Jokes about steaming up the windows of a vehicle abound. A study in The Journal of Sex Research found that about 60% of college students had engaged in sex in a parked car. However, NC specifically prohibits any kind of public display of private parts, including while in a vehicle. So what exactly is indecent exposure, and what happens if you get charged?

What Exactly Is Indecent Exposure?

North Carolina law states that “any person who willfully exposes their private parts in any public place and in the presence of any one else is guilty of a Class 2 misdemeanor.”

This law is not talking about same-sex exposure in a place where that exposure is permitted, like a locker room in a fitness club. This law also does not cover legal businesses, such as the inside of a locally licensed strip club.

NC indecent exposure law does cover anytime a person’s private parts are in broader public view, which can happen in the backseat of a car. For example, if you accidentally turn on a rear dome light, your tinted windows no longer work. Others might see in. Or, you could “park” by a sidewalk where anyone can see through your front windshield. Or, perhaps you’re a college student who decides to participate in a streak across campus.

In all of these cases, you’ve violated public decency laws and could face a misdemeanor class 2 criminal charge.

What Happens If I’m Charged

A criminal charge for a class 2 misdemeanor could earn you up to 2 months in jail, fines up to $1000, and possible probation or community service. You could also face a criminal record that causes:

If you are accused of indecent exposure, your first step is hiring an experienced criminal law attorney. An attorney is on your side, unlike the law enforcement officers who charged you. Officers work for the state or county, while an attorney works for your best interest.

It is crucial not to speak with law enforcement without your attorney present. Do not sign away any of your rights. Do not talk to anyone on the phone or in jail without consulting your attorney. The prosecutor for your case can use anything you say against you in a court of law. A knowledgeable attorney can help you think before speaking to avoid self-incrimination.

Most of us don’t worry about a couple that has parked a car and is necking. However, there are types of indecent public exposure that almost everyone considers morally reprehensible and lewd. One of these behaviors is when an adult shows their private parts to a child under 16.

In North Carolina, the law comes down hard on adults who engage in indecent exposure in front of children. The law states that as an adult if you expose yourself in a public place to a child (less than 16 years old) because you are arousing or gratifying your sexual desire, you are guilty of a Class H felony. A Class H felony can earn you a prison sentence of up to 3 and a quarter years, fines, and community service.

If You Cause An Indecent Exposure

You can also be charged with indecent exposure if you encourage someone else to display their privates in view of the public.

One example would be owning land and knowingly permitting others to engage in indecent exposure in public view. Another example could be a college-aged man who flashes his privates from a school balcony on campus as a dare. Both the encouraging party and the flasher could face public indecency charges.

Sometimes a type of public nudity is legal. However, local governments regulate the location and operation of sexually oriented businesses. These local governments may also choose to restrict or prohibit nude, seminude, or topless dancing in general. So even though state law may not consider breasts and buttocks as private parts, choosing to flaunt these parts of your body in public could be against the law of a local government.

In a 2015 case, a court ruled that a man violated public indecency laws even though he was on his private property exposing his privates in his garage. The court defined public exposure as anywhere “viewable from any location open to the view of the public at large.”  Because others could and did see him, including a neighbor child, the man was convicted of felony indecent exposure in the presence of a minor.

It is always legal in North Carolina for any woman to breastfeed in any public or private area as long as she is legally allowed to be there. Her entire breast may legally show during or incidental to the breastfeeding. There is no indecent public exposure when a woman is attempting to feed her child.

Contact our criminal defense attorneys at Hopler, Wilms, and Hanna if you face charges for indecent exposure. We understand that you have the right to defend your actions in a court of law. Our attorneys stay updated on the most recent legislation and fight to ensure your rights are protected.

We often can negotiate a reduction or dismissal of criminal charges so that you don’t face a jury trial. If going to court becomes necessary, we are with you every step of the way to find the best resolution for your case. Contact us and find out how we can help you today.