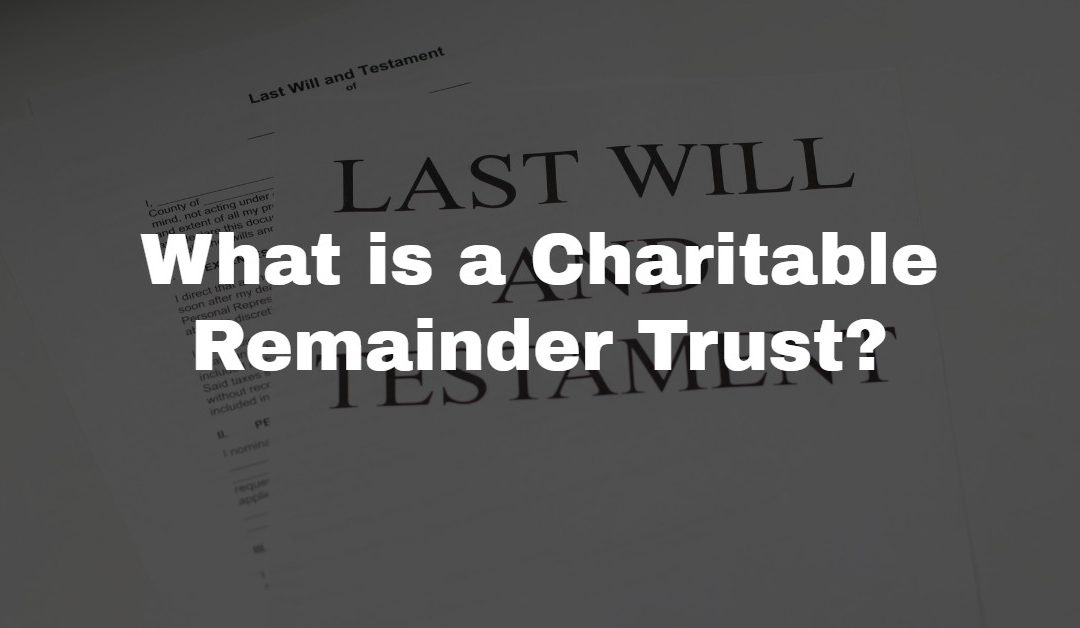 What is a Charitable Remainder Trust?

As people get older and begin to think about how they want their estate settled, one thing that often crosses their mind is donating some of their assets to charity. One way to do that is with a Charitable Remainder Trust (CRT). This type of trust allows a person to have more control over what they wish to donate to charity, rather than just gifting it all at once. They also have the added advantage of potential tax benefits, provided the trusts has the proper language in it for the IRS.

CRTs are generally irrevocable trusts, meaning that the terms of the trust cannot be modified once the grantor passes away. While living, the grantor donates assets to their trust, usually highly appreciated assets since they do not have to pay capital gains on the assets they donate.

It is also often recommended that assets with high yielding returns be used to fund the trust for tax purposes. However, almost any type of property can be donated to a CRT with the exception of S corporation stock and mortgaged property.

These distributions must take place at least annually over a set period of time. After that period of time, the remainder of the trust is paid to the charitable beneficiary.

The charitable beneficiary that receives the remainder of the CRT assets must be qualified as a charity as described in section 170(c) of the Internal Revenue Service Code. The CRT must also have language in it to identify a back up charity in case the primary charity no longer qualifies as one at the time of distribution. The grantor is able to change the charitable beneficiary at any time.

Any of the charitable or non-charitable beneficiaries are able to serve as trustees of a CRT, including the grantor. It is important when selecting the trustee or trustees to select someone qualified and who is going to take care in administering the trust. If the trustee fails to administer the trust properly, it could end up being disqualified. The grantor may reserve the right to remove or replace the trustee at any time.

If the grantor, a non-charitable beneficiary, or related party acts as the trustee, there are special rules that pertain to unmarketable assets. These assets will need to be valued by an independent trustee or a qualified appraiser. It is also important that the grantor or trustee not be given any special powers in the trust that could lead to them being considered the owner of the trust or for the trust to be considered a Grantor Trust. Doing so could cause the trust to be disqualified, so it is important to work closely with your attorney to make sure the language in the CRT is correct.

As you previous read, CRTs require annual distributions to non-charitable beneficiaries over a set period of time, either the life of the beneficiary or not to exceed 20 years if there are no measuring lives. These distributions must take place at least once a year, but can be more than once a year and should be paid before the end of the taxable year. They must be taken in the form of an annuity, called a Charitable Remainder Annuity Trust or CRAT, or a unitrust, called a Charitable Remainder Unitrust or CRUT.

In order for the CRT to be valid, the remainder of the interest after the non-charitable distributions are made must be at least ten percent of the fair market value of the property contributed to the trust. Further, if there is a more than five percent chance that the charity’s remainder interest would fail, a CRT could end up disqualified.

With a CRAT, the non-charitable beneficiary receives an annuity. The annuity is either a specified amount or a fixed percentage of the value of the assets contributed to the trust at the time of creation. The annuity is based on the fair-trade market value of the assets when they are initially donated to the trust. This means that the non-charitable beneficiaries will receive the same amount over the life of the trust. Additional contributions cannot be made to a CRAT.

With the CRUT, the annual distribution to the non-charitable beneficiary is based on a fixed percentage of the value of the assets of the trust. This percentage is not limited to when the assets were initially donated, but rather means the amount the non-charitable beneficiary receives fluctuates over the period of time they receive assets. This also means that the assets must be reevaluated each year before distributions can be made.

If contributions will be coming from multiple places, a CRUT is the only option as it allows for additional distributions to be made. A CRUT also has several other options available in regards to the amounts of distributions while a CRAT does not and helps to make sure that the interests do not fall under five percent, which would invalidate the trust. With the CRUT, the payout to the non-charitable beneficiaries is actually a function of the trust value, rather than a fixed amount that could deplete the trust like a CRAT.

When deciding whether to use a CRAT or CRUT, it is important to consider any anticipated fluctuation of asset values, how difficult it is to reevaluate assets, and whether funding will come from more than one contribution of assets. If the grantor wants to maximize the amounts received by the non-charitable beneficiary, a CRUT is a good way to go if the assets are anticipated to appreciate in value. However, on the flipside, the assets could depreciate in value if there is a downturn in the economy or stock-market. If that is a concern, a CRAT would be the recommended way to go.

Conversely, a CRAT is also beneficial if the assets are complicated or costly since CRATs are only valued once at the time of initial funding. CRUTS must be reevaluated at least annually before any distributions. It is therefore important to reasonably assess any assets that are being considered to go into a charitable remainder trust to make the most informed decision about whether a CRAT or CRUT is going to be most beneficial.

One of the major advantages to creating a CRT is the tax benefits that come with it. These can include income, gift, and estate tax savings. However, CRTs are subject to certain excise taxes and other restrictions, which an attorney or tax specialist would be able to explain based on how the CRT is set up.

Unlike other types of trusts, CRTs are considered a tax-exempt entity. When a grantor donates assets to a CRT, they are entitled to an income tax deduction. The deduction is for the actuarial value of the remainder interest that will eventually go to charity, even though the charity will not receive that until the period of distribution to non-charitable beneficiaries ends.

The amount generally depends on how the charity is classified, if it is a public charity or a private foundation, as well as what type of property is transferred to the CRT. Once they donate the property to the CRT, and as long as the trust can’t be qualified as a grantor trust, the grantor is no longer taxed on the income generated by the assets that are placed in the trust. However, this tax-exempt status does not apply to the distributions to beneficiaries. Those are still considered income and are thus taxable.

A Charitable Remainder Trust is a complicated document that may or may not be something you wish to create in order to make charitable gifts. As you have seen, there are many benefits and potential complications involved in creating this type of trust. Our attorneys would be happy to sit down with you and discuss the benefits and risks of creating a Charitable Remainder Trust for your estate. Feel free to reach out to discuss this matter in more detail and to get more information about what a CRT could do for you. 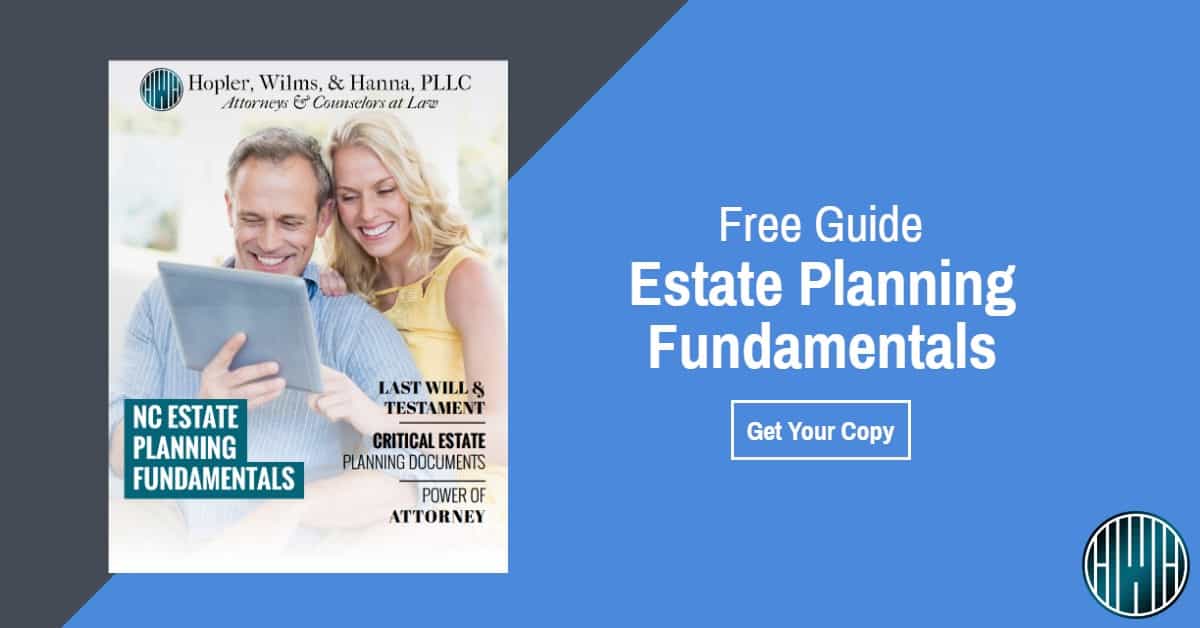