What the New VA Rules Mean for Veterans 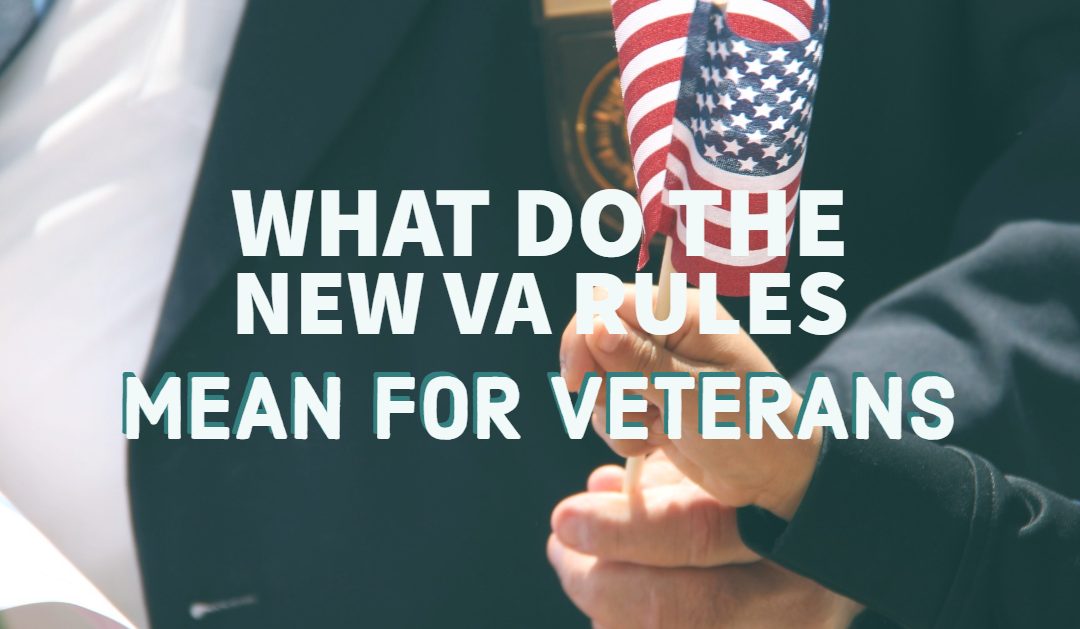 There are about to be some big changes to the VA pension laws, and it can greatly affect a lot of veterans after these new rules come into effect. The VA recently published their final rules, but although it addressed some of the provisions and inconsistencies that seemed unfair from the 2015 draft, they retained the same purpose for releasing them in the first place.

According to VA officials, these new changes to the pension system are supposed to uphold the pension program’s integrity while incorporating new changes to the statutory law. After the GAO made certain recommendations to the VA, they responded with these rules. These changes talk about topics like income deductions, medical expenses, asset transfers, and net worth.

The new changes impose a restriction on one’s net worth that’s equal to the maximum amount of resources they’re allowed for purposes like Medicaid. As of yet, the net worth at which they will impose a limit is around $123,600. As costs for things like living expenses increase, it automatically results in an increase of Social Security Benefits and the same percentage would apply to the net worth.

Just to be clear, ‘net worth’ is the complete sum of your assets and yearly income. This means that your annual income adds up to your assets to generate a figure; your net worth. Also, as a veteran, your net worth is defined by your assets, as well as your spouse’s assets.

Asset Transfers and periods for Penalty

After the date that the new rules come into effect, only transferred assets that you’ve covered will go through a penalty period. These assets are those which were part of your net worth but you transferred them for a value that’s less than that on the fair market; had you not transferred the asset, it would have resulted in an increase to your net worth that would exceed the limit. However, the entire worth of the asset won’t be subject to a penalty, only the amount that makes a difference between your net worth prior to transferring it, and the limit.

A transfer of an asset for a value that’s less than that on the fair market isn’t just an exchange or sale for a lower price; it also includes purchases that aren’t in your best financial interest but merely so you can qualify for the pension program.