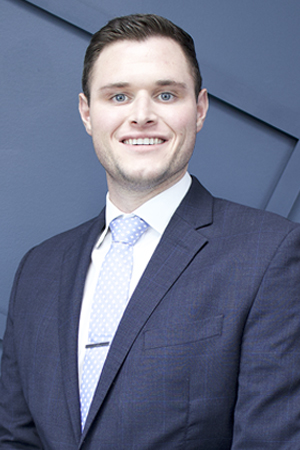 Originally from New Bern, North Carolina, Adam earned his undergraduate degree in Psychology from the University of North Carolina at Chapel Hill, where he served as President of Alpha Sigma Phi Fraternity, participated in Student Government, and was named a Senior Marshal for the Class of 2018. Adam then went on to graduate from Campbell University’s Norman Adrian Wiggins School of Law, where he was active in the Senior Law Clinic, Restorative Justice Clinic, and served as treasurer of the Education Law and Policy Society.

He was named a finalist in the 2019 Richard A. Lord Moot Court Competition and received the Class of 2021 Outstanding Clinical Student Award at graduation. While in law school, Adam worked in the Wake County Public Defender’s Office, the Johnston County District Attorney’s Office, and the Law Offices of Wiley Nickel, PLLC.

Seeing it as a privilege to serve others through the practice of law, Adam is a licensed member of the North Carolina State Bar and Sixteenth Judicial District Bar, and serves the North Carolina Bar Association’s Young Lawyers Division as a member of its Diversity & Inclusion Committee. As an Associate Attorney at Hopler, Wilms, & Hanna, PLLC, his practice areas include Estate and Fiduciary Litigation, Estate Administration,
Guardianships, and General Civil Litigation.

Adam currently lives in Durham, North Carolina, and enjoys cheering on the Tar Heels, making music, and being outdoors with his dog, Buggy. Being from a family of educators, he is also passionate about advocating for public education and inclusion of the arts in schools.